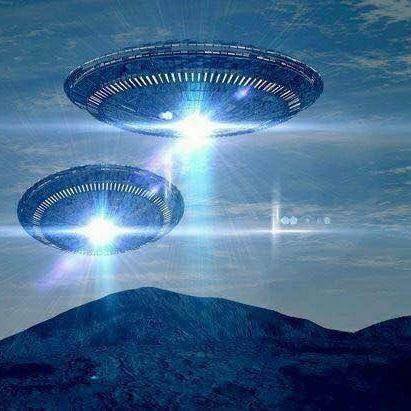 Sundeelia:  Observations on a Changing World

First things first – Blue Dragon Journal has been in existence now for SIX years!  And in those six years, there have been so many changes, ups, downs, ins, and outs.  Right now, I have the honor of continuing as editor and sometimes contributing author of the blog, continuing on with the work started by my Pleiadian sister Tazjma Amariah Kumara, better known to the world by her pen name, “Eliza Ayres”.  I’m not surprised if people, even long-time readers have had some difficulty in keeping up with the alterations of style and content, but this blog continues to be a daily endeavor on my part.  I suspect that further changes are in the wings for the near future, but only time will tell, so I hope you all will continue reading.   (Donations towards the upkeep of this blog via Paypal are cheerfully accepted.  A social security stipend only goes so far…)

Next, as a Pleiadian walk-in, I happen to view things on this planet with a totally different perspective.  Only this morning when re-posting someone else’s work, I noticed a bit of attitude coming from one author who claims to have broken out of “the matrix” by the ousting of their guides and any connection with angels and masters.  When I posted a comment along with the re-post they were quick to “agree to disagree” with me and accused me of “espousing New Age” propaganda.  My first comment stated:

“Interesting, save you cannot “oust” your true Guides as they are contracted with you for Life. They will back away, but always be near once you are ready to reconnect. There are many moments during the Ascension process when one feels quite lonely or even angry at Spirit. However, Spirit and your soul Family NEVER judge you in return. This phase of rebirth will pass into another one that is more expansive. Meanwhile, shield accordingly and remain centered, as the journey can be bumpy.”

Immediately upon my posting another comment of disagreement which frankly questioned their grasp on truth, I felt an energetic attack on my solar plexus.  The person in question (and they are certainly not alone) was perhaps upset that I would disagree with their assessment.  However, I fully understand what they are currently going through as my own sister, Lady Taz, passed through a similar nihilistic stage where she thought she was deserted by her guides and star family.  She wasn’t deserted.  There are just times when guides and family need to withdraw a bit until the human ego restabilizes.  I’ve gone through a similar experience myself, soon after taking over command of this physical vessel.  I attempted to send my Eagles away and felt totally rejected and lost on this strange planet.  I was soon reassured that no one went anywhere and that I was loved.  In short, we can always shut the Door on Spirit, but it will never shut the door on us.

(BTW, in case you are looking for that little interchange, I have taken down the post upon receiving that unpleasant psychic attack and unfollowed the blog in question.  It is not mine to share which one; they know who they are.  I have also strengthened my personal shielding and moved on.)

The immense pull of duality exists on this planet.  Some so-called lightworkers advocate being in a constant state of positivity… pushing away and denying the existence of any negative forces.  They are living in denial of their own inner darkness that requires clearing before they can rise up in frequency.

Others are even in more denial about the existence of beings that have been assisting humanity in raising up its frequency levels and returning to Christ Consciousness.  It is a fact, although certainly not one that you will find in mass media sources or conventional science, that higher dimensional beings do exist and that most of us have a Higher Self.  I should know as I have personally interfaced with them, felt their presence, spoken to them, and have been able to identify their energies as being known to me.

Yes, this world has been subjected to invasion and control by an alien force.  That control is gradually breaking down as the awareness of humanity increases.  How fast these changes will occur rests entirely upon the people who live here, not on visitors such as me.  After all, I did not incarnate here.  Although I am here working to release any remaining karmic ties on behalf of my ascended sister, Lady Taz, I am also pursuing the release of old trauma from my own experiences and many deaths during the ancient Star Wars or what is coming to be known as the “galactic wars”.  As I release this suppressed trauma, more of my light can be anchored here.  In the future, I will be able to serve this planet in many ways under the direction of my mentors, Lady Claudine, Lady Hope, Lord Zadkiel, and many other great Beings.

Despite what my detractor stated, I am not espousing the belief system (propaganda) of the New Age.  That “philosophy” or new religion was created by the CIA as a distraction from the true path of initiation that every aspirant of ascension should be following.  The Path is not a pleasant or easy path as one must face up to the inner darkness and the fight that the ego will put up resisting moving forward.  Once one arrives at an inner semblance of calm, an inner window opens up, the heart and mind expand and you can see and feel vistas that are unavailable to those who are still lost within the domain of those who disbelieve in Source or feel forever separate from Source energy.

You cannot be separate from the energy that gives you the ability to breathe, move, think, or feel.  It is your own soul essence that gives vitality and life to the physical body… a temporary vehicle that will remain here with the Earth when it is time for your soul to move on in its journey.  Despite what has been taught in the New Age religion and the older Piscean one of Christianity, there is no physical ascension as the soul essence that is present here on Earth is but a fraction of what exists in the higher dimensions.  The three lower bodies, the mental, emotional, and the physical belong to the planet.  When you leave, you do not take your human personality along with you, only those experiences and gifts garnered during your stay here.

All persons here, even those who claim to be this or that Master, are only a fragment of their Higher Self.  No human being can continue within this low-frequency world past the embodiment of fifth-dimensional frequency.  It is more difficult for higher dimensional beings to live here than it is for us to ascend to their level.  This is one reason you will NOT see any Pleiadian ships landing here any time soon.  The atmosphere of Earth is just too toxic and heavy for our more refined bodies.  I remind my readers that only a small part of my soul essence is present here, less than 10%.  The rest is within my Pleiadian vessel, fully functional as a crew member of The White Winds.

Higher Beings have explained to I and my sister that to descend into physical vessels upon Earth is an excruciating experience.  Since taking over this physical vessel, I have come to understand how difficult it can be to simply be here.  And I feel the same impact from the incoming waves of photonic and cosmic energies that are actively transforming and realigning the DNA of every living being upon Earth… at least those who are not actively fighting the effects.  For there are those who are in full resistance, the controllers (the global elite), their minions, and those who are unwilling or unable to overcome and move through the ancient karmic debris that is being systematically uncovered during this powerful period of transition.  Being here is very different than dispassionately viewing your world from the comfortable viewing deck of The White Winds, very different.

As an active crew member of the Pleiadian Outer Fleet, I can hardly apologize for being aware of higher dimensional beings.  I am one, a Pleiadian Violet Flame Angel, daughter of Lord Zadkiel, Archangel of the Seventh Ray and sponsor of the new Golden Age.  I am what I am.

Despite all that… which is rich food indeed for many to accept upon Earth (your opinion doesn’t change fact!) I can empathize with the feelings of confusion and bewilderment of many on this planet.  Keep in mind and in your heart that you have not been abandoned, but a lot of the “work” is up to you to undergo.  Ascension is not a given.  It will NOT be handed to you by a wave of cosmic energy or by a self-proclaimed “guru” or “ascension teacher”.  Those who do not meet the criteria for ascension… which is simply to rise in frequency… will be moved to other planets most likely in another quadrant there to continue on with soul lessons as needed.  Spirit does not judge and is eternally compassionate, but soul evolution is up to the individually focused awareness that experiences life as “you”.

The Earth or Terra as we call her, ensouled by a beautiful Being called Gaia Sophia, has requested that as many of her “children” be allowed to stay with her as she ascends back to the Fifth Dimension.  This request has been granted and many other spiritual dispensations granted to enable those who wish to ascend to do so.  This is a unique opportunity for soul growth, one that has never been given before according to those higher beings with whom I and my sister have contact…our extended Soul Family.

Earth is a unique planet and the lynchpin for the ascension of the remainder of this quadrant of creation.  All depends on her…and so we wait breathlessly watching humanity reawaken to their power of creativity, of co-creation with their planet and the Elemental Kingdoms.  It is possible to be free.  You just need to believe in yourself, your world, and the existence of worlds beyond your comprehension.  In time more will be revealed but it up to each one of you to reopen that inner eye that can see beyond the limitations of your current circumstances.  Meanwhile, carry hope and faith that true freedom will come to this world someday soon.

May all of you, readers old and new, be blessed by the sacred energies of Solstice.

No recordings or videos of this written material are permitted.

3 thoughts on “Line Cmdr. Sundeelia: Observations on a Changing World”