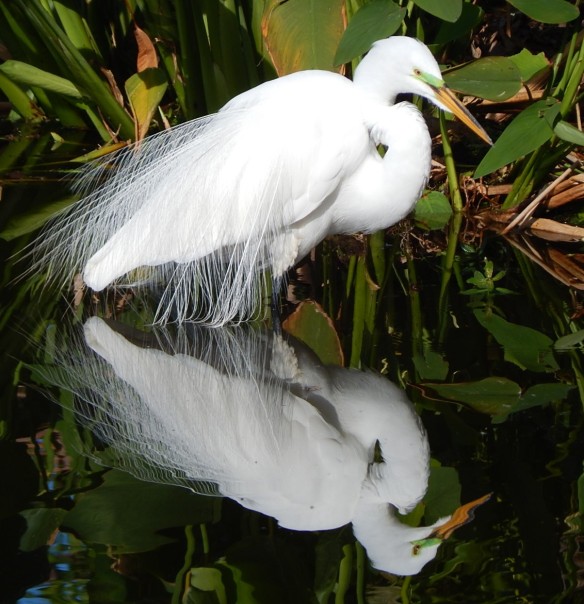 Being retired has both pros and cons.  One thing, you need to be self-motivated to get out and do anything.  Another pro… is that you can set your schedule.  Still, living in a heavily populated area, I tend to plan around commute times as I dislike traffic and noise.  BTW, the drivers here in SE Florida, at least 10% of them are seriously whacko driving and winding through traffic at about 65 MPH, way over the speed limit.  Anyway, despite the traffic, this week I made it out to Loxahatchee and today to Wakodahatchee. 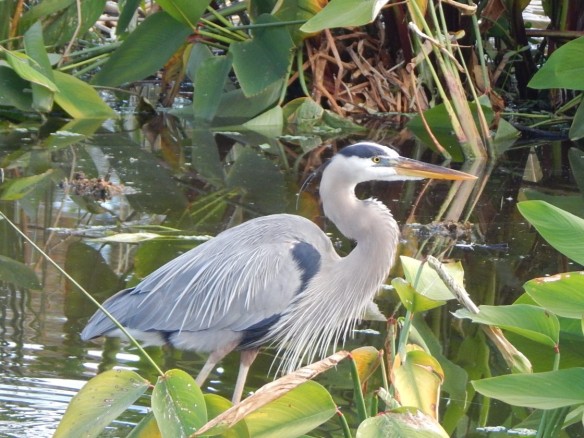 The birds were thin on the ground in Loxahatchee, at least for any attempts at photography.  I could hear them okay, but the tall grasses and reeds were effective camouflage for the now nesting birds.  I didn’t see any alligators and just a couple of turtles, but they’re around, hiding.  The weather has been quite a bit cooler, so the reptiles are probably a little slower.  With the exception of a heavy rain shower on Tuesday, the weather has been quite dry, with low humidity, a true blessing for humans, but dangerous for the wildlands as wildfires can easily start up in the grasslands and dry forest plots.  The wildfire season here is almost the exact opposite of what I’m more accustomed to in the West, where fires were mostly limited from mid-summer to mid-autumn, depending on the winter snow/rain.  There was plenty of rain here last summer and into autumn, but that just encourages the growth of grasses which later dry out in the dry winter winds.  Such is the paradox of Nature’s cycles.  Add careless humans into the mix and you have trouble. 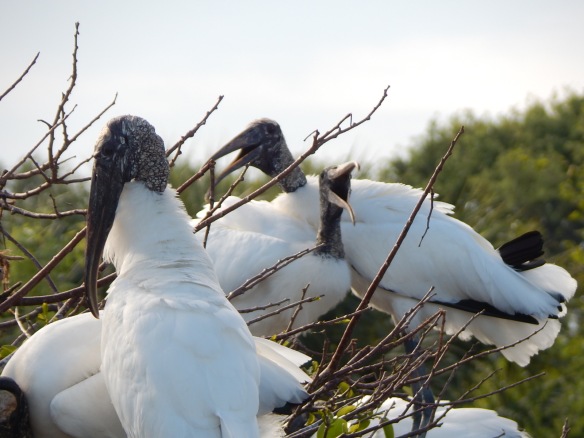 Two Wood Stork Mates greeting each other. They sometimes clack their beaks and waggle their heads…

In Wakodahatchee, the nesting season is going strong.  I saw some fledglings popping their fuzzy heads above the nest material today, as well as some young Anhingas enjoying the cool sunshine on one of the many pond apple trees.  Again, the alligators were not evident, probably hiding out in the warm shelter of grasses and reeds.  They will venture out later in the season.  It was quite cool this morning…for Florida… with the thermometer hitting the low 50’s and upper 40’s, with light breezes.  I added a sweater for a little extra warmth and needed it until the clouds parted and the sun decided to make an appearance. 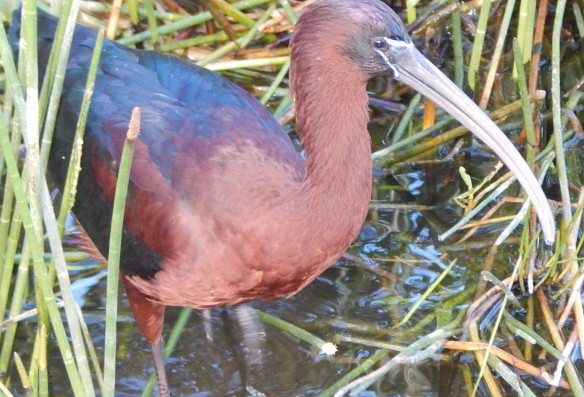 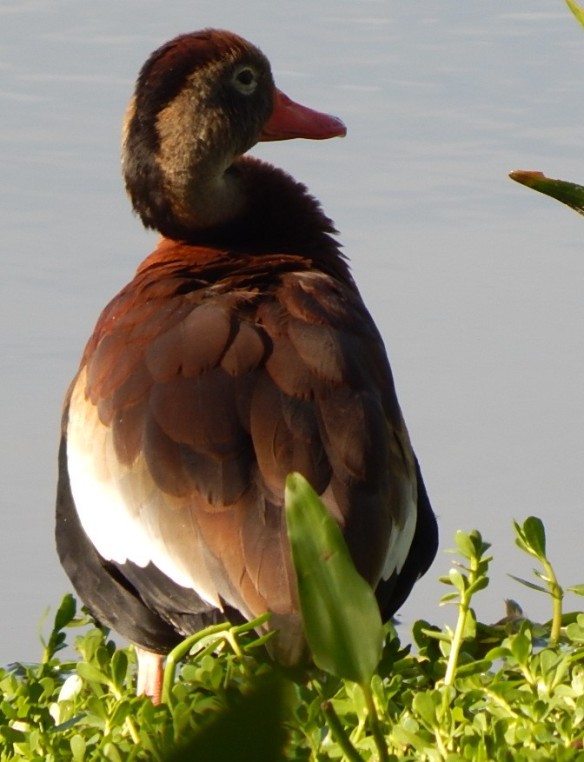 Portrait of a Black-bellied Whistling Duck 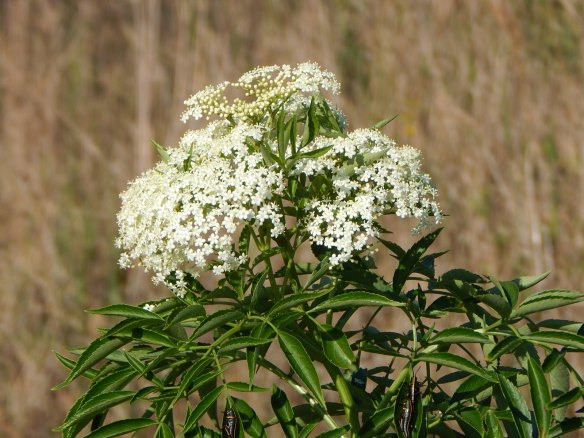 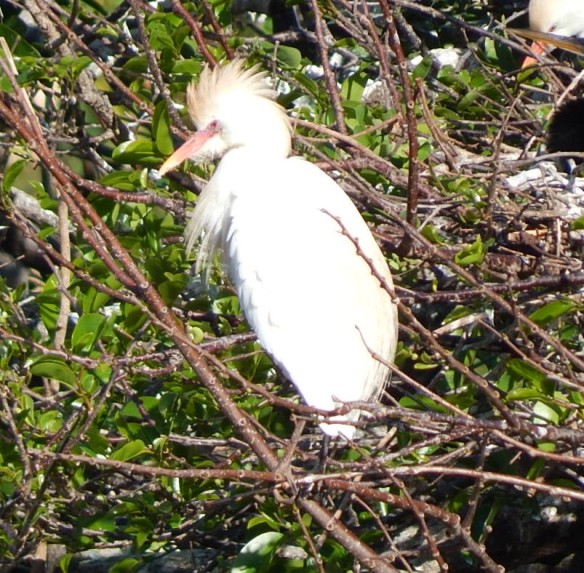 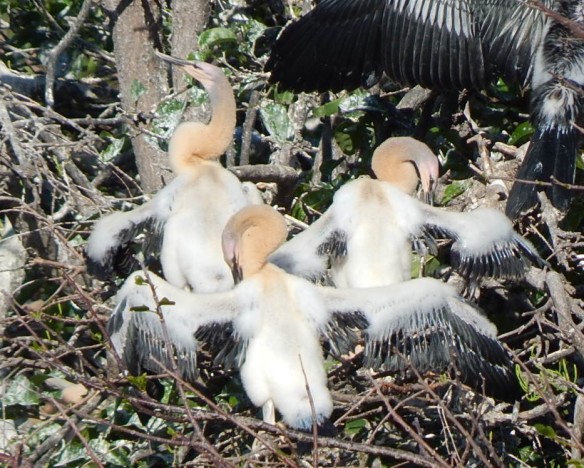 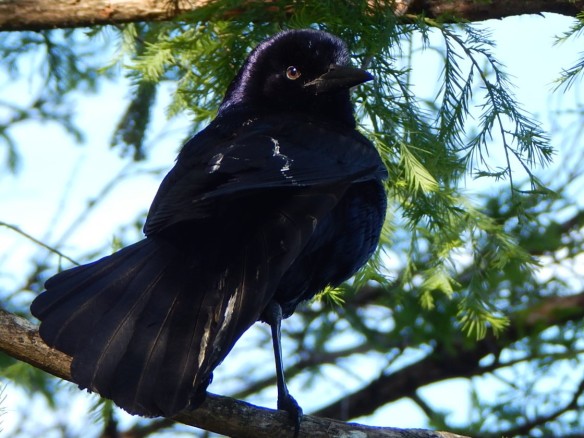 The Wood Storks are doing very well in this relatively new nesting grounds (for them).  They have taken over several more pond apple trees that are spotted throughout the preserve.  The pond apples are short but sturdy trees that can thrive in water or on land.  Their “apples” or fruit are edible.  Late last summer I witnessed several turtles chasing “apples” around the dark waters, as they nibbled at the sweet fruit.  I haven’t tried it myself yet.

That’s all for now, folks.  Enjoy your weekend.

7 thoughts on “Nature Walks – A little Lox and Wako”