So, folks, what you make of these energies? Heavvvvy! And Light… all at the same time. Whew.  Sometimes I felt dizzy, mellow and at other moments, extremely drawn out and attenuated, with my nervous system on fire.

I woke up in the middle of the night and am still going strong. In fact, I feel way better than I did last spring. That’s when I had a bad case of bronchitis that took a couple of months recovery. Today, I walked my normal 2.5 mile walk at a comfortable pace. Perhaps not an athletic feat in some eyes, but it felt really good.

I needed the walk to move some energies that have arisen a couple of times in the past week, namely that of sheer panic. How’s that for a good one? It’s being triggered not only by the energies but also my decision and now plans to go to Costa Rica in three weeks. Needless to say, the old ego is freaking out… “You don’t have enough money!”; “You need this… and that!”

What woke me up last night was the thought about how I was going to handle money in CR. Most places take US dolares (at least until it collapses!) or their own currency the Colon, which is available from ATMs throughout the country, although probably not in the back jungle where the REAL Ticos live.

CR is VERY touristy; in fact, they encourage it. And there is a fairly large expat population who are settled there. However, living in a foreign country however nice the weather isn’t for everyone. It takes patience, allowance and acceptance that these people, who pride themselves on their Purda Vida (Pure Life) move a LOT slower than do Americans or even many Europeans.  And they live longer and enjoy life better than most Norte Americanos.

I’m just going for a visit, to dip my toes in the waters of International Travel. I haven’t been out of the country, even to go to Canada for over 30 years, a rather pathetic record but one typical of the majority of Americans.

So… I’m going to walk beaches, visit with a friend who happens to live there (he IS and expat and has lived in the country some 20 years) and unwind a bit. There are things to consider, but the old way of making decisions isn’t working well, at least for me.

Meanwhile, I’m motivated to unclutter my house and life, even more than I already have done. And I’m learning conversational Spanish, although many people who are around tourists know probably more Ingles than I know Espanol. Still I’m finding that I have retained some of my high school and college Spanish, somewhat to my surprise. It helps. I probably won’t be a great conversationalist for a while, but I am making the effort.

Meanwhile, the energies of this intense Scorpio full moon are dredging deep any remaining debris that needs to be surrendered, whether mine or from the collective.

Some folks are completely oblivious to the energies and others… well, I’m finding some of my co-workers making remarks about the moon and such. And I’ve begun to talk a bit more freely about the current energies. Working at a prison makes you aware of the strength of these astrological configurations because they DO affect staff and offenders alike. We had two big fights last week and numerous one on one, as well. Folks who are unable to process their emotions without resorting to violence or acting out their fear, anger, frustration and so on. It’s happening throughout the planet now.

Our Mother Earth is also acting out as she expands into her ascension and magnetic pole shift. There was a sharp uptick in both volcanic and earth quake / movement this past week, as well as strong floods and storms in other parts of the world. Meanwhile our friendly fly-boys are passing overhead with their jets spewing out more chem-trails, although not as much as in the past.

Another thing that I noticed this past week was the presence, usually at dawn, of several cloud ships hovering over the Blues to the east of town. I would look later to see them gone. Feel these visitations were a signal to me that I’m being watched over and protected, aided and assisted, as I give permission.

One morning as I was going to my car to drive to work, a robin was sitting on one of the overhead electrical wires and appeared to be “talking” directly to me. Then it flew away.   Our indigenous people regarded all animals as messengers and paid attention to such odd occurrences. I’ll have to look up the totemic meaning of robins, if they have one…

Spring is here in full spate minus the usual spring rains and/or thunderstorms. It’s dry. The mountains are dry. A co-worker and her husband have already driven up to the 5,000 foot level of the local Blues and found no snow, the gravel / dirt roads completely open. There is plenty of evidence that this long drought (some ten years) is putting a strain on the local trees, as we are in the process of losing many of the beautiful Alpine Firs in the Blues.

Not sure how everyone else is feeling, but I have moments when I feel really high… usually at home and others where I feel conflicted and confused, probably due to walking in more than one dimension at a time. It is apparent to me that I need to make some big changes in my life. One of my co-workers even remarked how unhappy I have seemed in the past year. The prison has become too confining for my expanding self to remain tolerant of the lower energies any longer.

So… what to do, where to go, and how and with whom… these questions and others are cropping up for me right now. There are no clear answers, only a sense that trust is needed to allow the Universe to present me with opportunities and vision. So, I’m seeking to simplify and shed some material goods prior to my trip and more will go after I return. 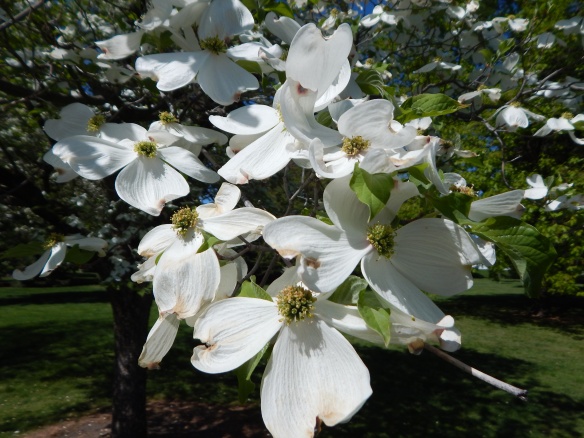 Wherever I end up going or doing, I will continue to carry any baggage that I do not succeed in releasing now, whether it is energetic or material. So change comes in many forms and one manner of change is to divest oneself of excess baggage by freeing releasing emotional connections to things that no longer have a place in your life. I still have a few old pictures of my family. They’re going, too. I no longer feel any ties with my family and the memories are fading.

One day I woke this past week with the phrase, “Not me, but we…” To me, this is a reflection of my continued integration with higher self, which consists of not just Lady Tazjima (7D) but many other “selves” in other dimensions and “places”. The “we” is an indication that I am at the early stages of moving into unity consciousness, which is an exciting prospect for one who has lived much of her life here alone.

As I move upward, I am beginning to break free of my cocoon, into which I evidently placed myself some three years or so ago, nearly completely withdrawing from social activities. I have heard from other light workers who are still in the throes of feeling stuck in one place, usually due to financial issues or still existent emotional ties to persons, places or jobs. Breaking out of the Matrix has been hard to do, but the incoming energies are becoming more supportive of those who have done their work in releasing what can be released and being open to change.

Whatever you fear most, WILL crop up this month to confront you. Can you move through it or will you go into resistance? It’s a choice we all have to make every moment of every day. It is learning to master self, without repression of thoughts and emotions, coming into full acceptance of what and who you are, which is much more than you presently are able to see in the looking-glass, unless you are one of the Forerunners who is lucidly walking through worlds and dimensions yet unopened to the vast majority of humanity.

All I can say to my readers is to continue doing what gives you joy, take care of your physical well-being, as well as your emotional and mental well-being. These are challenging times. Personally, I’ve had plenty of practice tuning into my body to know when I need more rest, exercise, to eat… etc. A doctor would call that hyper-somatization; I call it being aware and attentive to the body, which is our home while we are here upon the planet.

Birds are singing outside and bees are humming in the flowering trees. It’s spring in the northlands. May joy and peace find you in a new space at the end of this tumultuous and life-changing year.

P.S. The Robin is the spirit animal of New Beginnings…