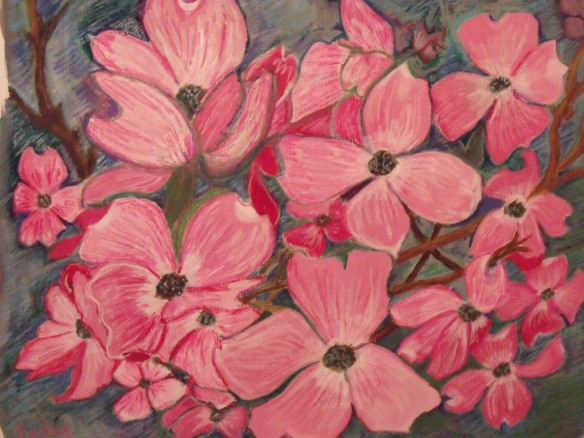 Upon waking this morning, my nerves felt like they were on fire.  I seem to be in the midst of at least a partial kundalini movement.  And yesterday, I had a severe headache and stomach issues… so I have chosen to be rather quiet this weekend.  Still working on art projects, which are a form of active meditation for me.  And refraining from writing for the time being as I would prefer what comes forth to come from within myself… not what I read or has been told to me by other people with their own agenda.

I am quite at peace as I enjoy being alone right now, especially to heal and allow the numerous downloads that we are all receiving to integrate.

Eventually, I will be in a space that allows more sharing, but I am not there now.  Meanwhile, I hope you enjoy the artwork that I will be posting on my new page.

Spent some time watching the story of Wagner, from an old movie with Richard Burton, made in 1983, a year before his own death.  Whatever you think of the man, he had an amazing voice, presence, carriage and “attitude” to go with it.  And Wagner… well, the music is amazing, the man somewhat scandalous and political… and bigoted against other races.  I prefer the instrumental pieces as I’ve never found the “songs” to be peaceful or serene, so you might say that I prefer a slightly watered-down version of Wagner.  It was interesting to note that Wagner’s of ancient Germanic stories allied with his over-stimulating and sensuous music served to provide a platform for first the desire to unite the various principalities of the German states and then went on to feed Germanic ambitions to expand their realm of influence and power, which played out during several European wars directed against the French and finally two world wars.  Darkness and light.  Darkness and light.

It’s also interesting to note how genius is usually not accepted by those who live next to it, as did Wagner’s wife and companions.  Wagner was an extremely selfish, willful individual afire with creativity, who felt entitled to receive all that was due him as a master creator.  His primary frustration was in not finding a supporter and donor who would provide the financial means for him to have the time and privacy to bring his great works into fruition.  He eventually found a kindred spirit in the King of Bavaria, but even the king could not provide all the financial assistance to fully support Wagner’s tremendous vision and ambitions.

Hopefully, we’ll reach a balance some day where man or woman can be fully accepted and supported to bring forth their gifts, without bankrupting or disturbing others in the process.  Still, creative genius carries a certain amount of fire that can burn and scorch through old paradigms and belief systems.  And a work of true genius, be it in music, dance, poetry, painting, sculpture, architecture or any of the other sacred arts… never dies or grows outdated, but ever lives in the imagination and the soul of the beholder.

I’m enjoying the artwork, working out the puzzles of composition, color and movement, as well as employing different media for different stages of the projects.  I draw sketches first, sometimes work another piece in crayon or colored pencils and then work with paint and oil pastels.  Depends on the piece.  Still in early days of exploration.  One improves as one practices, like with anything.  It is a matter of surrendering the intellect and moving into the flow of inspiration.

I would encourage everyone to take up an activity suitable for their personal development.  You do not need to “do” anything to please others, so find something that you enjoy.

Meanwhile, I shall be here in case anyone wishes to comment, read older posts and communicate via email or Facebook.